In answering this question, the first variable to establish is what stove fans are designed to do, and which aspirations they are unlikely to satisfy.

Primarily, the purpose of stove fans is to help equalise temperatures in a room by helping to disperse the heat from your stove more evenly. 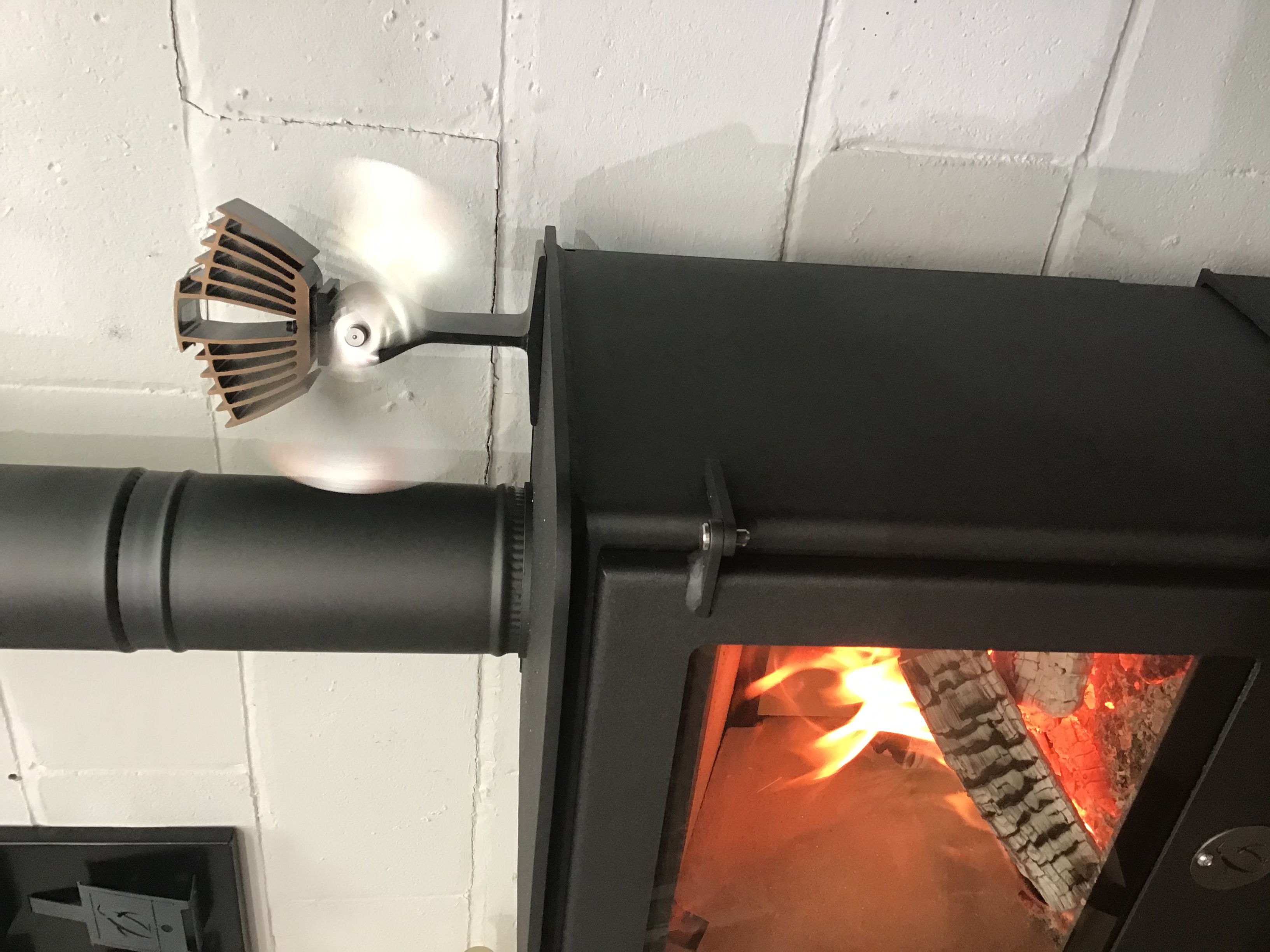 There's an origin myth for stove fans that they were invented for house boats, but as ever with stories, this one is useful for illustrating a point. If you have a narrow 10-metre cabin, with a wood-burning stove the primary heat source based at one end, you are likely to get suffocatingly hot in front of the fire while the far end of the cabin remains cool. Stove fans are excellent for driving the heat down a tunnel of air like this and spreading the heat more equally.

The same principle applies in, say, double-length rooms where dining and sitting rooms have been knocked through. The fans work equally well in large open-plan spaces and extensions, mostly by helping to rotate the air in the room.

About a third of the available ambient heat, and by that measure, at least a third of the heat generated by your wood burning stove, will gather above head height in a normal-height British room. The ideal technological fix for this would actually be ceiling-mounted fans, like plantation fans, which would constantly push the warm air back down to habitable altitude in the room.

However, ceiling fans have a quite specific niche in house design, with a locus that is more Singapore than Southampton, and many people consider them an oddity and even slightly weird in cooler climes. Stove fans, by contrast, generate their own electricity from the heat of the stove, operate almost soundlessly and are generally much less obtrusive. And if you don't want to see them when they're out of use, you can just put them away.

A stove-top fan can also help push heat out from a fireplace recess, accelerating the natural convection of warm air from around your stove and reducing the super-heating of the surrounding masonry (by drawing cool air in between the surface of the stove and the walls behind). This is especially effective where a stove has been shoe-horned into perhaps too tight an opening. Heat is most effectively returned from a stove when plenty of air can move around it; a fan merely amplifies and accelerates this process.

The claim of fan manufacturers to make your stove more efficient largely rests on these two principles, which make better use and distribute more evenly the heat from your stove. 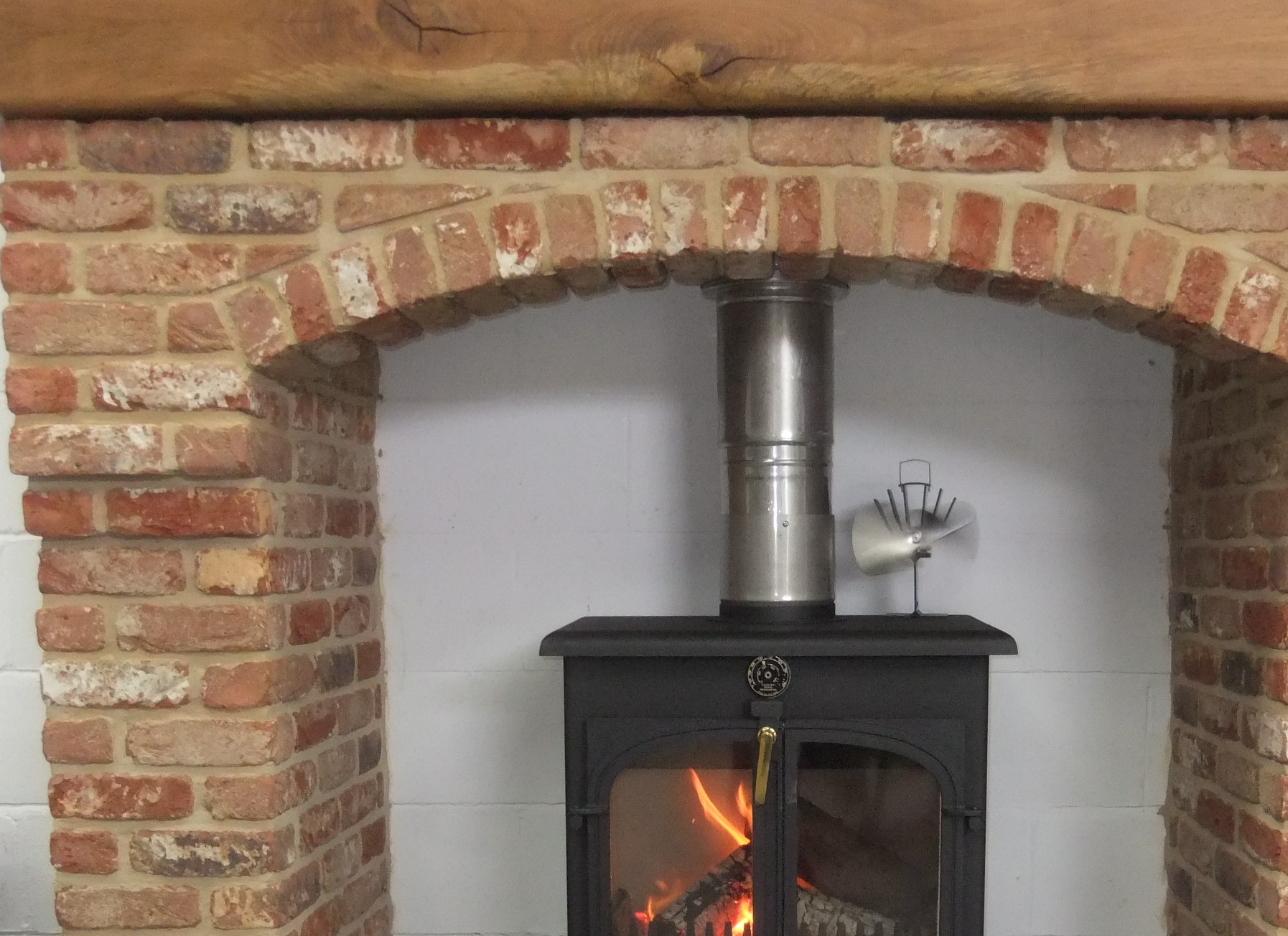 When is a fan of little use? If your stove already heats your room adequately, it is probably not going to make an appreciable perceptible difference, except that you might find you burn fewer logs over the course of a winter or even over an evening.

At the other extreme, if your stove is totally inadequate for heating the size of room you have, a fan is not going to magically transform the heating capacity of your appliance.

Fans will also barely help moving heat through single doorways. It might make an incremental contribution, but if you really want to move heat to an adjoining room, the best way is to fit an in-line fan at ceiling height, where heat is going to mostly accumulate and from where it can most profitably be transferred (or alternatively, knock the wall down!)

Another important point to note is that to work effectively, most stove fans need a minimum surface temperature on the stove in order to generate the blade speed that will make them effective. For the Ecofans that we sell, we normally suggest as a rule-of-thumb that they will work well on a stove designed to boil a kettle - a Clearview or Chilli Penguin, for instance - but not on a Chesney's or Contura stove, where the blade will rotate but not fast enough to displace anything worth displacing. Having said that, we have just taken delivery of some low-heat Ecofans, designed for use on gas stoves, which we plan to try out on our convection-type stoves to see if and how well they work.

Although there are many considerably cheaper fan options available, we prefer to stick to the original Ecofan, which we sell in 5 variants of differing heights and outputs, for three excellent reason; not only are they extremely well-made, they come with a 2-year warranty and they are repairable. 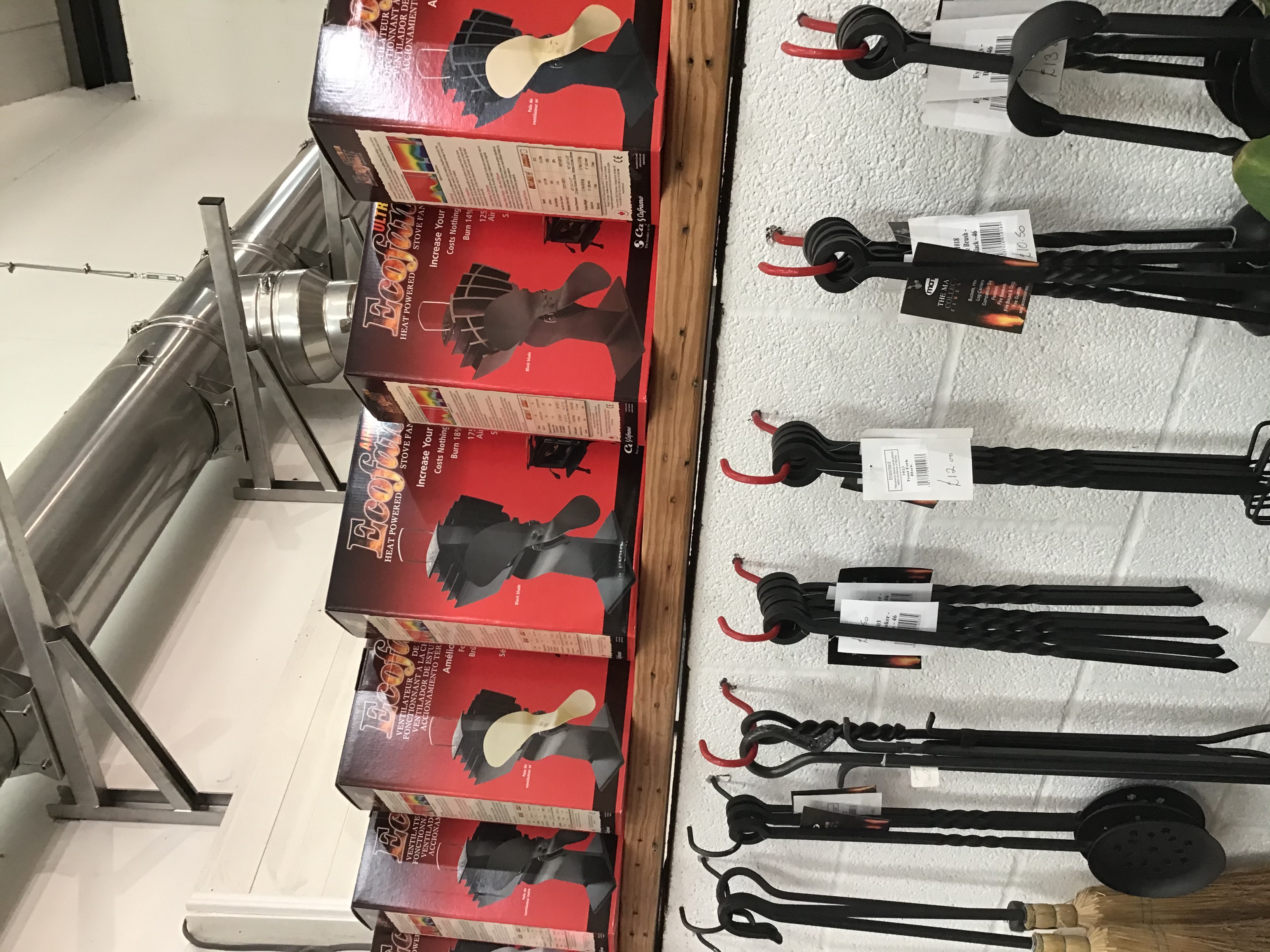 All versions are black; the shortest is 6.5" high; the larger models have a choice of gold, silver or black blades. The smaller models all have black blades.We try to keep them in stock all the time, but occasionally run out - usually in the run-up to Christmas - as these are always a popular gift for stove-owners.